'Reflexology Ear Chart Tips: How to Recognize a Good Chart!' 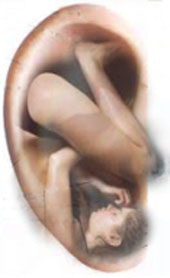 Ear reflexology is based on the widely enervated structure of the ears plus the assumption that the various zones of the ears are connected with the internal organs (this principle is also well-known for the feet and hands). In ear reflexology more than 100 specific reflex zone points on the external ear are related to the internal organs and the musculoskeletal system.

The first two ear reflex zone charts below each display the connection with the fetal position through a different format:


What are the Major Differences between reflexology ear maps?

How come that various ear reflexology maps the reflex points on the ears are displayed with different locations for the internal organs & external body parts? It is quite hard to answer this question, because usually it is a bit of a mystery how the experts have developed their reflex zone therapy models. An ear reflexologist usually claims that an ear reflex zone chart presents a system of zones and reflex areas that reflect an image of the body on the ear, with the premise that ear reflex zone therapy effects a physical change to the body. 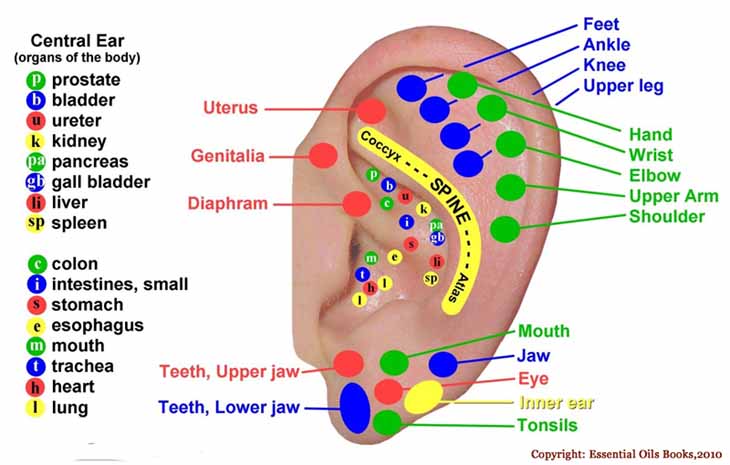 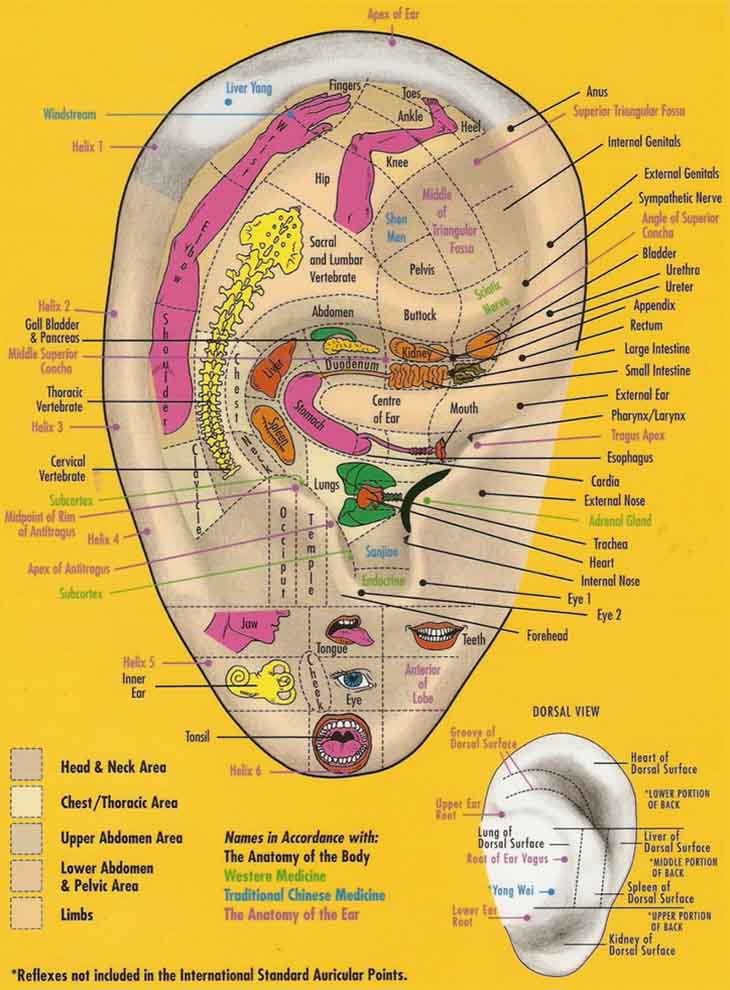 - The fetal position is a starting point to understand ear charts! -